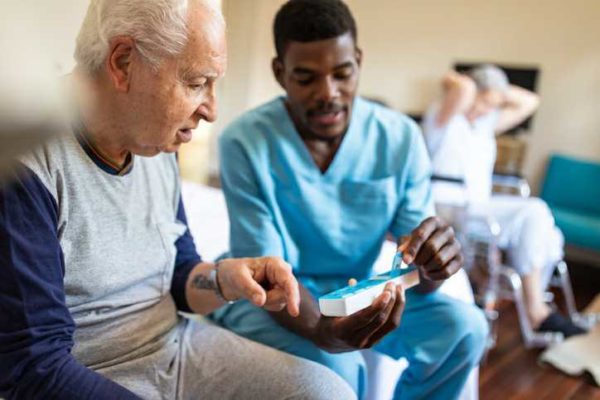 A report prepared for Congress says nearly 300,000 nursing home residents – about 14.3 percent – receive antipsychotic drugs each week. More alarming? The study, as detailed by NPR, says most of those residents do not suffer from any psychosis. Making matters worse, government regulators are backing off on their oversight of antipsychotic drugs.

Citations for over-prescribing antipsychotics to nursing home residents declined by 22 percent since President Donald Trump took office, according to the report. That’s after citations increased 200 percent from 2015-2017 under the Obama administration. The change came after the Trump administration softened nursing home regulations.

Even in the most severe cases, where citations were graded “actual harm” or “immediate jeopardy,” enforcement is lax. About 10 percent of serious cases resulted in no fines. In a quarter of the cases, the fines were less than $20,000.

Antipsychotics are designed for people who have serious mental illnesses, including schizophrenia. Most schizophrenia patients are younger than 30 – not people typically living in nursing homes. Rachel Dolin, lead author of the study, said data suggests some nursing homes might be falsifying diagnoses in order to prescribe antipsychotics.

Furthermore, antipsychotics pose special hazards to senior citizens. The Food and Drug Administration requires “black box warnings” on the packaging because the drugs can increase the risk of death in older patients. The danger is more acute for people suffering from dementia. The drugs also contribute to accidental falls, a major concern for seniors.

Fighting for your loved ones

If you believe a loved one in a nursing home is not receiving quality care, including the incorrect prescription of antipsychotic drugs, you are facing an uphill battle. The nursing home is not going to admit any fault in the case of misdiagnosis, mistreatment, accident or tragedy. They will hide behind red tape, attorneys and an insurance company. Even your loved one may not be able to assist with their own case, depending on their mental state. To top it off, the Trump administration has made it more difficult to sue nursing homes over substandard care.

The Georgia nursing home abuse lawyers at Kurle Justus, LLC, will handle your claim with professionalism and compassion. We will work with you every step of the way to build a case that results in a negotiated settlement or court verdict that you and your family deserve. No one can take away the pain endured by your loved one. Kurle Justus, LLC, however, can make whoever is responsible pay for their irresponsible behavior. Based in Decatur, we serve families throughout Georgia. Contact us for a free case consultation today.