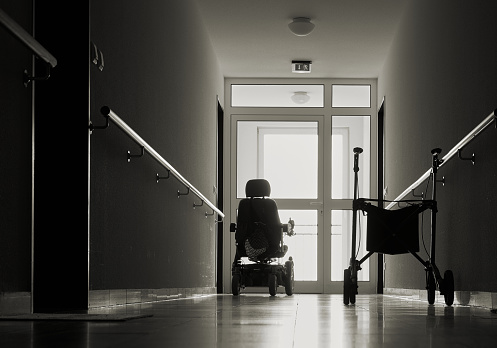 Our law firm reveals what you should know

The federal government recently restored federal standards that remove limits on fines that can be levied against nursing homes for neglect, abuse, and other violations that occur in nursing homes nationwide.

In 2017, the federal government reduced the maximum amount that nursing homes could be fined for failing to comply with federal health and safety standards to $22,000, according to The New York Times. Previously, nursing home abuse and neglect violations could result in fines levied against nursing homes worth hundreds of thousands of dollars.

“It’s a much, much lower penalty amount,” Toby Edelman, a senior policy attorney at the Center for Medicare Advocacy, said in an interview with The New York Times, referring to the previous $22,000 limit instituted in 2017.

Now, regulators at the Centers for Medicare and Medicaid Services and other state and federal agencies can impose per-day or per-instance penalties without limits against nursing homes for noncompliance of health or safety regulations.

Critics of the previous limits placed on fines that could be levied against nursing homes praised the recent change, particularly since many nursing homes still have “inadequate staffing, protective equipment shortages and poor infection control,” according to nursing home advocates and officials interviewed by The New York Times.

Nursing homes are often penalized for a variety of health and safety violations. According to The New York Times, some of the most common violations include “poor infection controls, failing to protect residents from avoidable accidents, neglect, mistreatment and bedsores.”

Other common violations include:

How to find out if a nursing home has violations

Knowing which nursing homes are the best ones to care for your loved one can be difficult. Many nursing facilities claim to adhere to all the applicable state and federal standards. But in reality, some nursing homes are frequently fined for health or safety violations.

There are many websites where families can find out if a nursing home has been cited or fined for violations. Pro Publica has a website that lists violations for nursing homes by city and state.

In Decatur, Georgia, for example, the following nursing homes have been fined or cited for “total deficiencies” or “serious deficiencies” since 2016:

In particular, at East Lake Arbor nursing home, inspectors from the Department of Health & Human Services identified 11 total deficiencies this past April, including several deficiencies in which the “level of harm” was described as an “immediate jeopardy to resident health or safety.” In one incidence, for example, the nursing home “facility failed to provide sufficient nursing staff to assure the needs of 19 of 22 residents,” according to the Department of Health & Human Services inspection report.

What a nursing home negligence lawyer can do for you

Having an attorney on your side familiar with the state and federal laws that apply to nursing home abuse or neglect in your community can often make a dramatic difference in the outcome of your case. When you have a knowledgeable attorney on your family's side, you can make sure those responsible for harming your loved one are held accountable for their actions.

The dedicated nursing home abuse attorneys at Kurle Justus, LLC, in Decatur have years of experience handling complex legal cases. We have the knowledge, experience, and resources to investigate complaints and find evidence in support of each client's case. This is why we have such a strong track record of success.

Learn more about how we can assist your family. Contact our law firm and schedule an appointment at our Decatur office today.