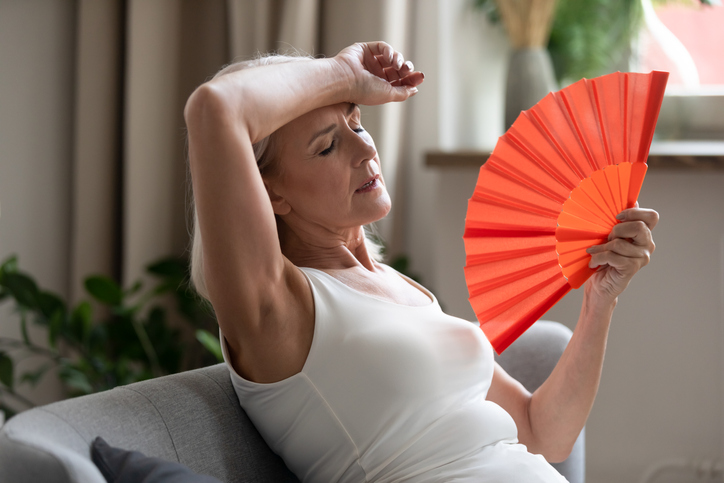 A Georgia nursing home director charged with cruelty allegedly kept about a dozen elderly residents in a facility with no air conditioning and had only one staff member on duty for 32 hours non-stop.

Kent Allen Womack, 55, was arrested in June by Dade County deputies and charged with cruelty to persons over the age of 65. More charges may be forthcoming.

The sheriff's office discovered the potentially dangerous living conditions at Woodhaven Senior Living in Trenton, Georgia, following a call from a resident's family member. The caller wasn't complaining about heat or staffing, though. The loved one had reached out to police claiming a different type of nursing home abuse. She said her family member was being evicted and had one hour to pack up their belongings.

When deputies went to investigate they allegedly discovered that one staff member — who wasn't a trained nurse — had been watching the nursing home's residents for 32 hours straight. Every other employee quit due to the working conditions, according to local media.

Deputies also allegedly found that the only working air conditioner in the facility was by Womack's office. Police say that the temperature in one room was over 100 degrees.

When Womac arrived at the facility, he allegedly smelled of alcohol and two small bottles of liquor were found in his pocket.

Woodhaven Senior Living's nine remaining residents are no longer at the nursing home. Six of them were taken to other facilities, one went home with family, and two were taken to a nearby hospital.

The Dade County Sheriff's Office says residents are now in good condition. Woodhaven is now under investigation by the Georgia Bureau of Investigation.

The nursing home was most recently inspected in May 2020, but no violations were recorded. A year prior, inspectors learned that it was common practice to have one staff member take care of 12 residents. They also reported strong odors of urine and patients with bed sores, an ABC 9 News analysis found.

Over a four-year timespan there were reports of 600 cases of neglect, and 90 cases of abuse by caregivers at Georgia's 400 large assisted living communities, according to an investigation by the Atlanta Journal-Constitution.

An investigation by the nonprofit watchdog ProPublica uncovered $8.57 million in penalties assessed to Georgia's nursing homes between 2016-2019.

Most recently, Georgia nursing homes have come under greater scrutiny due to allegations of underreporting COVID-19 infections and deaths. In May, it was revealed that 80 percent of Georgia's facilities had gone for at least 18 months without undergoing recertification inspections.

No other state has a larger inspection backlog. The national backlog average is 51 percent.

Identifying nursing home abuse is more difficult than it sounds.

Facility directors and staff at shady facilities are very good at hiding problems and silencing vulnerable clients. That is to say, if your loved one is being abused or neglected, they may not be able to tell you. It's important that everyone knows how to spot the signs of elder abuse. These signs include:

Your loved one can't wait

If you think your loved one is being neglected or abused while living in a care facility, it is important that you act now. There is no telling how long an elder in poor health can sustain ill treatment.

You may have lots of questions about the nursing home in which your love one resides, the state's laws, and what counts as abuse. You may be worried that getting help will be expensive or cause more problems for your mother, father, grandparent, or other loved one in a facility.

Kurle Justus, LLC, can help. When nursing homes mistreat and are cruel to the vulnerable residents in their care, our lawyers stop them cold.

Our firm takes nursing home abuse very seriously, which is why we offer free case reviews. For attorney Jennifer Kurle it's a personal matter, too. She worked in the healthcare field for 10 years as a respiratory therapist before becoming a lawyer. Attorney Kurle knows how the medical system operates and can identify violations that facilities may try to hide.

The Kurle Justus, LLC, legal team will go to great lengths to investigate your claim. Our elder abuse lawyers get to the bottom of how a questionable facility really works.

Call or email Kurle Justus, LLC, for a free case review. Our legal team will listen to the details of what's happening to your loved one. Then we can explain to you, in plain English, how the law applies to your situation.

We can help you get justice. Don't wait. We are ready to hear from you today.