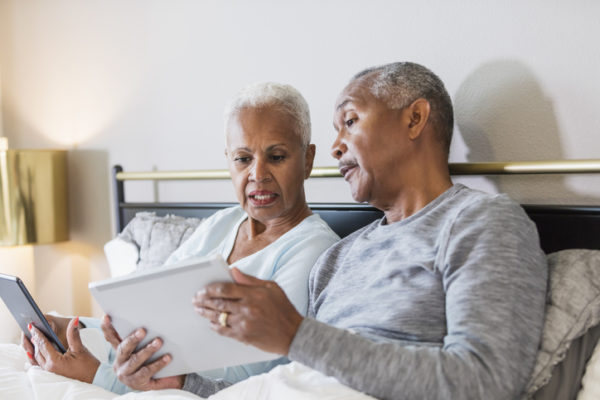 A nationwide investigation by The New York Times reveals thousands of incidents of physical and sexual nursing home abuse as well as incidents of catastrophic neglect that were never reported or calculated into Care Compare.

Information is being withheld, the NYT says, through a "secretive" appeals process savvy nursing homes can exploit. In the Care Compare 5-star system, a poorly-ranked nursing home could provide better care than a well-ranked one, the investigation says. The poorly-ranked facility may just lack the resources to appeal violations and superficially inflate their star count.

Operated by the Centers for Medicare and Medicaid Services (CMS), the Care Compare tool, at Medicare.gov, compares nursing homes and other care facilities based on a variety of health, safety, sanitary, client satisfaction, and other information.

Care Compare has largely been held up as the gold standard for nursing home information and analysis. It offers seemingly extensive data on every facility in the U.S. But if the NYT investigation holds up, and some of the most heinous violations to occur at elder care facilities are being kept from public view, then trusting this ranking system is questionable.

It is not clear how this investigation relates to specific Georgia nursing homes. The state has about 360 nursing home facilities, including 56 the government identifies as having "serious deficiencies" and 214 with "infection-related deficiencies," according to Nursing Home Inspect by ProPublica.

As of this writing, the 10 institutions with the most serious deficiencies in Georgia are located in Albany, Atlanta, Columbus, Decatur, Griffin, Macon, Pineview, Reidsville, and Whigham. The nursing home with the most fines in the state is located in Byromville.

Having a five-star ranking is worth a lot to elder care and similar facilities.

Studies show that those with better Care Compare rankings attract more revenue than those with fewer stars.

A facility's ranking can be significantly impacted by a violation. To avoid this fate for as long as possible, facilities file an appeal to get violations removed or reduced. While the violation is being challenged, it is not reported on the Care Compare site or factored into the ranking.

The appeal should not take more than 60 days, but individual cases frequently drag on for over a year, investigators found. If the facility wins, the violation goes away and is never entered into the system. If the facility loses, or the violation is reduced, they have to comply with the order and the incident is supposed to be made public on Care Compare.

The NYT discovered that even when facilities lose their appeals or have them reduced, the results are frequently not reported or included in rating calculations.

Among the most disturbing revelations of the investigation is that, in some states, state nursing home inspectors are being discouraged from issuing "immediate jeopardy" violations. Instead, they should consider themselves more "consultants" than inspectors, the NYT says.

Nursing home abuse is serious and must be addressed immediately when it happens or is suspected.

Kurle Justus, LLC is a trusted Georgia law firm dedicated to helping victims of nursing home abuse and neglect. We can be your voice for justice. To find out how we can help you, contact us today for a free and confidential case evaluation.

Our office is located in Decatur and we proudly serve clients throughout Georgia.